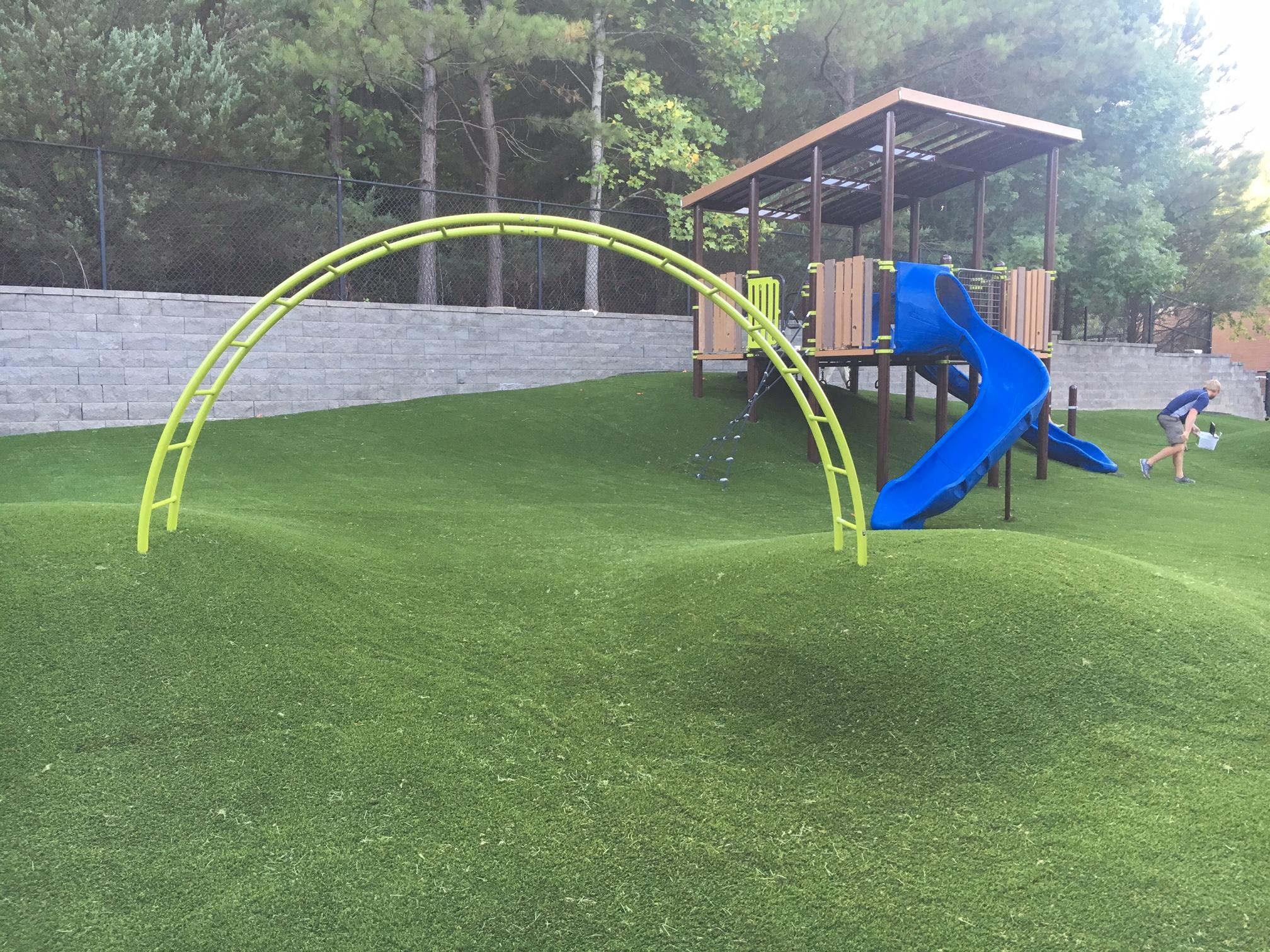 Backyards can be a huge issue when it comes to growing grass. Whether there is too much shade, poor soil, or dogs have trampled it for years; backyards can quickly become a money pit. That’s where Southern Greens comes in, our team can fix your muddy mess with our state of the art artificial turf.

Southern Greens has been installing artificial turf as a company for seven years but has a combined twenty-two years of experience. Our team has seen it all and is more than capable of handling anything a job might throw our way.

When considering synthetic turf the first step is getting in touch with someone on the Southern Greens team to come out and look at the area. If the decision is made to move forward from there the next step is to remove any vegetation that may exist. Removing the native vegetation prevents birdbaths or dips in the turf from decomposition. The next step is too bring in a gravel base very similar to what’s under paved roads. The first base is wet and tamped until it is compacted hard then a second load of gravel is brought in. The second load is made up of fines or stone dust similar to Quikrete and is wet and compacted until hard. At this point we are ready for turf, the turf is rolled out and any seams are fastened with turf adhesive and the edges are fastened with six-inch spikes. These spikes keep the turf firmly attached to the ground no matter how much a pet or child pulls.

Once the artificial turf is cut out and shaped the area is ready for sand. Our turf needs two to three pounds of sand per square foot. For regular yards with no pets we infill with silica sand and for yards with pets we infill with a naturally occurring product that helps to cut down urine and deposit smell as well as prevent mold and mildew. Once we have spread all the sand into the turf we power broom the turf fibers to make them stand up and give it a realistic look.

Upon completion of the project we will stay until everything looks better than it did when we arrived. We know that people’s private space is very important to them and that is why we leave every job with no evidence of being there. The Southern Greens team will stay until the homeowner is completely satisfied with his new artificial turf lawn.

If artificial turf is something you or someone you know is interested in take a minute to scroll through our photo gallery of completed projects. Please do not hesitate to call someone at Southern Greens today!